SIBO stands for Small Intestinal Bacterial Overgrowth. It occurs when there is a larger than normal concentration of bacteria in the small intestine. This is a case of bacteria being in the wrong place at the wrong time! Unlike the large intestine (colon), the small intestine is supposed to have relatively small amounts of bacteria because it is the place where we absorb most of our nutrients. When bacteria overgrow in the small intestine, that can cause bloating, gas, diarrhea or constipation (or both), abdominal pain, indigestion, belching and other symptoms. The increased gas build-up then causes inflammation and results in fewer nutrients being absorbed. Those nutrient deficiencies can lead to many other conditions.

In general, SIBO is not an infection, but rather an overgrowth of the normal bacteria in the small intestine. Because it is not a true infection, SIBO can linger for a long time and get better and worse depending on diet, lifestyle factors and stress. In fact, SIBO is the leading cause of IBS (Irritable Bowel Syndrome). If you are experiencing bloating after eating where you look “6 months pregnant,” it is highly recommended to test for SIBO. SIBO treatment can lead to a flatter belly and help resolve those gastrointestinal symptoms described above. Testing for SIBO is a non-invasive breath test that you can complete at home. There are different types of SIBO based on which bacteria are overgrown, so the treatment can vary. This is why testing is crucial to differentiate between them. Contact a Naturopathic Physician at Arizona Natural Medicine to discuss testing for SIBO.

Sugary Drinks and Soda May Decrease Chances of PregnancyBlog 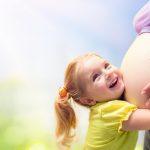 Thyroid Function and Your Fertility SuccessBlog
Call Now
Get Directions