Turmeric, the bright yellow of the spice rainbow, comes from the root of the Curcuma longa plant. Turmeric has long been used as a powerful anti-inflammatory in both the Chinese and Indian systems of medicine. Turmeric is also used in cooking, as one of the main ingredients in yellow curries. It is used extensively in Ayurvedic medicine and is considered to be one of nature’s most powerful healing herbs. Known for its anti-inflammatory properties, it is an effective treatment for inflammatory conditions like osteoarthritis, rheumatoid arthritis, psoriatic arthritis, ankylosing spondylitis, systemic lupus erythematosus and gastrointestinal inflammation.

Turmeric has demonstrated significant anti-inflammatory activity in a variety of experimental models. The yellow-orange pigment of turmeric is called curcumin and is the primary pharmacological agent that decreases inflammation. In numerous studies, curcumin’s anti-inflammatory effects have been shown to be comparable to the potent drugs hydrocortisone and over-the-counter anti-inflammatory drugs like Ibuprofen. However, unlike these drugs, which are associated with significant side effects (ulcer formation, intestinal bleeding), curcumin produces no toxicity and has no side effects. It can be used to treat any inflammatory condition and is safe, effective and well-tolerated.
Turmeric can be incorporated into your daily diet as a spice used in cooking, a pinch added to your daily smoothie or as a supplement. One of the potential challenges in using Turmeric as an anti-inflammatory for things like osteoarthritis is that it is typically not very well absorbed. However, new technology using a unique phytosome preparation increases absorption significantly. A human study demonstrated 29-times greater bioavailability using the phytosome preparation of curcumin. Phytosomes are plant extracts bound to phosphatidylcholine (PC), an essential component of human cells. Your body absorbs the PC and the attached curcumin, resulting in more curcumin reaching the cells that can benefit from it. This is the best form of curcumin to use for joint pain and inflammation. The doctors at Arizona Natural Medicine offer these cutting-edge supplements to their patients in the treatment of a variety health conditions including osteoarthritis. Remember that it’s important to check with your doctor before starting any new treatment. 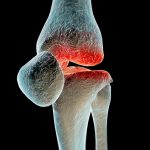 Biopuncture as a Safer Alternative to Relieve Arthritis PainBlog 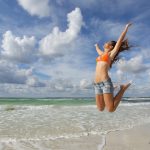