SIBO as a Root Cause of Fibromyalgia

According to a study in Annals of the Rheumatic Diseases, researchers found that there is a significant relationship between SIBO and Fibromyalgia. Fibromyalgia is a condition where there is widespread pain the body with muscle tender points. It is often accompanied by fatigue, insomnia, mood and memory issues. SIBO is Small Intestinal Bacterial Overgrowth and occurs when there is an abnormal number of bacteria in the small intestine. SIBO is diagnosed with a lactulose breath test and is a main cause of Irritable Bowel Syndrome (IBS). In the study, 100% of the patients with Fibromyalgia and IBS had a positive lactulose breath test suggesting SIBO may be a cause.

This is an important finding because Fibromyalgia is notoriously difficult to treat and the cause of it is generally unknown. If SIBO is a possible cause, treating it could potentially reduce pain levels in patients with Fibromyalgia and decrease the need for prescription medications that have undesired side effects. If you are suffering with Fibromyalgia or IBS, contact Arizona Natural Medicine to investigate SIBO as a possible cause for your symptoms. 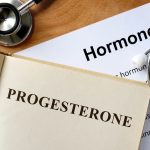 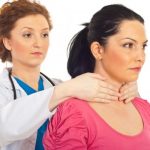 Have you made the switch to a Natural Desiccated Thyroid?Blog
Call Now
Get Directions