Prevent colds and flus with the ‘Anti-Plague’ formula

‘Black Death’ or ‘The Black Plague’ was a medieval pandemic that swept through Asia and Europe in the late 1340s, killing an estimated 25 million people. During the time of the ‘Black Plague’ some people found a way to survive and it was discovered that these survivors protected themselves by eating a concoction of garlic and herbs extracted in vinegar. There are many versions of the story and similarly, over time many different versions of the anti-plague formula have emerged.

The most widely used ingredients of the anti-plague formula include garlic, onion, ginger, horseradish, cayenne pepper and apple cider vinegar. We now know that these herbs and spices have great medicinal value. This concoction is excellent to fight off or treat colds and flus. The ingredients are anti-bacterial, anti-viral, stimulate the immune system and help to open the sinuses and nasal passages.
It’s easy to make and utilizes basic ingredients that you may already have in your kitchen!

Put equal portions of the following ingredients into a blender, food processor (or finely chop):

Add organic, unfiltered apple cider vinegar (enough to cover the concoction).
Add a few pinches of cayenne pepper (to tolerance).
Mix well and place in a glass jar in the refrigerator.
Eat 1-2 TBSP/day for prevention of colds and flus and 1-2 TBSP 3-4 times/day for treatment until you’re feeling 100% better.
It tastes great as an addition to a rice and bean dish or soup (it should be eaten raw and added after these foods are cooked) or you can simply put it on a piece of toast or crackers.

The anti-plague formula can be used for both prevention and treatment of colds and flus. It’s easy, inexpensive, tasty and effective, so add it to your list of things to do to stay healthy during this cold and flu season!

CAUTION: People taking blood thinners like Coumadin, Aspirin or Plavix should not use this treatment without consulting with their physician. 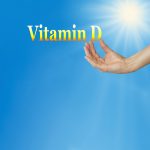 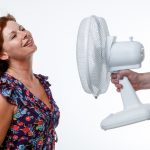