If you are a migraine sufferer, I recommend you read this one.

Throughout medical school I developed debilitating migraines. The migraines would knock me out for three- to-four days and nothing would make them better. The episodes progressively became worse and more frequent with migraines occurring at least once per week. Most recently, I decided to resume the diet I had before embarking in medical school. This diet consists of eliminating all foods that stimulate sugar metabolism to a certain extent. Since resuming this diet I have not experience one single episode of migraine, which indicated to me that perhaps I have been experiencing a sugar/glucose metabolism dysregulation.

What the research says:

Interestingly, I stumbled upon some research involving migraine sufferers and exogenous ketones. Ketones are byproducts of fat metabolism and are naturally produced by the body. Ketones are also sold over the counter as a supplement for those who choose to follow a ketogenic diet. So what does ketones have to do with sugar dysregulation and migraines? The research suggests an energy metabolism deficit in the brain of those who suffer from migraines. More specifically, markers such as lactic acid and pyruvic acid (these two markers accumulate as a result of inefficient fuel being provided to the body in order to produce energy: think sugar) that are often elevated in individuals with mitochondrial (the powerhouse of the cell where energy is produced) disorders are also elevated in migraine sufferers. In simple words, it has been proposed that the lack of energy causes a disruption in cells, which in turn triggers excitation of the trigeminal pain pathway that innervates the meninges and the surrounding blood vessels (this is really all in your head – no pun intended).

Conclusion 1: Those who suffer from migraines seem to have a dysregulated or faulty sugar/glucose energy metabolism that is not able to provide the brain with enough energy. Alternatively, ketones may be utilized to fill the “energy gap” thus delivering the brain the energy it needs.

Conclusion 2: If you are a migraine sufferer, clean up your diet and consider some exogenous ketones. If you need assistance in this process, I highly recommend setting up an appointment. 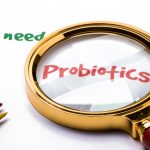 Probiotics Are Not All Created EqualBlog 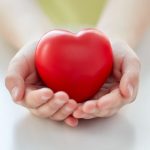