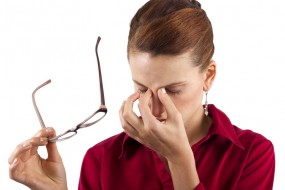 Kim was in her mid-thirties and the mother of three. She knew it was normal to be tired with three kids but she said she was just exhausted all the time. She was always tired and the fatigue was getting to the point that her body ached and it was hard to get out of bed in the morning. She knew something was not right but wasn’t sure how to help herself. Her symptoms seemed to be getting worse over the past year. She dragged herself out of bed each morning and relied on 3-5 cups of coffee to get through her day. She had to be up early to get her kids ready for school, make their lunches, and get them to school on time. She had also noticed her hair was thinning and that really alarmed her.

Kim was a wife, mother of three small children, was responsible for the majority of household responsibilities and worked 15 hours a week at her children’s elementary school. She was able to get 5 hours of sleep per night if she was lucky for about the last 6 years. Some nights she only got 3-4 hours and was running on empty every day. Her sleep was disrupted by at least one of her three children under the age of six in the middle of the night at least 3 times per week. When she wasn’t woken up by them she woke up to check on them and worried about their well-being even when she really wanted to relax. She rarely put herself first and ate on the run most of the time. Her husband traveled for work a lot so it was like she was a single parent a lot of the time. She had no personal time or time to exercise. She had a parent with health issues she worried about and would check on her a few times per week. Basically she had a history of high stress. She had seen her primary care provider on her insurance plan several times and he told her she was fine. She told me she didn’t feel fine. She was tired, her hair was thinning, she was gaining weight in her belly and she had absolutely no libido.

THE CAUSE OF KIM’S FATIGUE AND THE SOLUTION

Her thyroid, hormones and other blood work were all normal. Upon investigating other causes of her fatigue it was suspected that the cause of many of her symptoms was related to adrenal function decline or possible adrenal fatigue. The adrenal glands modulate stress in the body and they can become depleted with long term stress. The body produces adrenalin for your flight or fight response and cortisol, your natural steroid hormone that gives you energy, modulates inflammation in the body and allows you to feel vibrant even in stressful situations.

The adrenal 24 salivary cortisol test tracks the rhythm of your cortisol levels throughout the day and night to show how the glands are functioning. The salivary cortisol test tells us if your adrenals are functioning like an old Chevy or a new Mustang. It makes a difference in how you feel. Not to be confused with Addison’s disease where the adrenal glands produce insufficient amounts of cortisol that can be life threatening, adrenal fatigue is a condition or state of being rather than a disease, where the adrenals down regulate cortisol production.

The adrenal salivary 24 hour test was ordered. Kim’s test showed low cortisol throughout the entire day and high levels at night. Her physiology dictated that she had low energy in the day and high at night; her levels were switched so she was not getting deep REM sleep at night and was dragging in the day time when she needed the most energy. She was clearly operating more like an old Chevy than a new Mustang. Since adrenal fatigue is a condition and not a disease there is no medication to treat it. Instead, Kim was put on a treatment protocol including herbal medicine, vitamins and glandulars. She wanted to receive Myers’ weekly vitamin intravenous cocktails that are used to treat adrenal fatigue but she could not make it to the office weekly with her hectic schedule.

Over the course of three months, her fatigue gradually diminished, her hair stopped thinning excessively to a normal rate, she started to have an improvement in her libido and she lost 3 pounds. At the end of four months she felt like a new woman. She had new found energy, started to exercise and made herself a priority so she could better serve her family. She was so grateful for feeling like herself again. She comes in for a check-up every 4-6 months and is doing well. 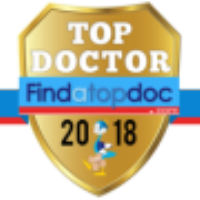