We all know that eating a lot of sugar is “bad” for us but do you know why? In addition to contributing to weight gain, inflammation and depleting the immune system, over-consumption of sugar and processed carbohydrates can lead to blood sugar dysregulation and eventually diabetes. The problem is that these simple sugars and certain carbohydrates get absorbed into the blood stream very quickly, causing a spike in our blood sugar and a rush of insulin production from the pancreas. Insulin is required for glucose (sugar) to enter the cells where it is utilized for energy. If this pattern of over-production of insulin triggered by high blood sugar continues on a regular basis two things can happen: the pancreas becomes “tired” and insulin production decreases even when it’s needed and also the cells become resistant to insulin. This resistance prevents glucose from being able to enter the cell from the blood, leading to high blood sugar or diabetes. There are two standard scales, the Glycemic Index and the Glycemic Load that evaluate each food and how quickly the glucose it contains gets absorbed into the blood stream.

What is the Glycemic Load (GL)?
The Glycemic index tells you how fast foods spike your blood sugar, but it won’t tell you how much carbohydrate per serving you’re getting. That’s where the Glycemic Load is helpful. It measures the amount of carbohydrate in each serving of food. Foods with a glycemic load under 10 are good choices, these foods should be your first choice for carbs. Foods that fall between 10 and 20 on the glycemic load scale have a moderate affect on your blood sugar. Foods with a glycemic load above 20 will cause blood sugar and insulin spikes. Try to eat those foods sparingly.

Using these scales as a guide and choosing foods that have a low glycemic index and load will help prevent or improve blood sugar dysregulation and diabetes.

Below is a link for the Glycemic Index and Glycemic Load of over 100 foods: 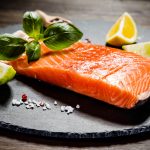 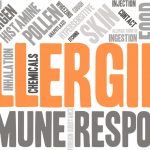