Fungus such as candida in low amounts can be found normally in the large intestine, when we use antibiotics or other things that kill bacteria in our gut, we may have normally occurring candida overgrow in the large intestine which can be problematic.  We should not have fungus in the small intestine but it can happen and when it does it is SIFO (small intestinal fungal overgrowth).

Studies show that 26% of patients with unexplained GI symptoms had SIFO.  SIFO is hard to diagnose and currently there is not a specific test to use for definitive diagnosis.  There are some tests that used together with clinical symptoms practitioners can utilize to inform their treatment decisions and help you feel better.

Symptoms of SIFO may include nausea, belching, indigestion, bloating, diarrhea and gas.  On the other hand, patients with fungal overgrowth in the large intestine, I often times see constipation, fatigue, rashes, brain fog, bloating and gas.

If you are dealing with suspected fungal overgrowth, I encourage you to contact Arizona Natural Medicine and we will investigate SIFO as a possible cause for your symptoms. 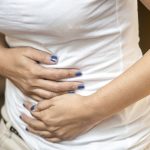 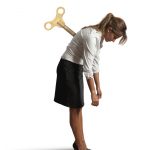 The Power Pair: Your Thyroid and AdrenalsBlog
Call Now
Get Directions