According to the Anxiety and Depression Association of America, about 15 million American adults suffer from depression. The causes of depression are varied and may include factors that are situational, nutritional, genetic, hormonal or due to an imbalance in neurotransmitters, the chemical messengers that affect our mood. The neurotransmitter most often associated with depression is serotonin. Serotonin is an important brain chemical that affects mood, behavior, appetite, and sleep. Low levels of serotonin can be a causative factor in people that suffer from depression.

The conventional standard of care for treatment of depression is antidepressant medications including SSRIs (selective serotonin re-uptake inhibitors). This is a class of medication that inhibits the enzyme that breaks down and recycles serotonin, resulting in increased levels of serotonin and potential improvement in symptoms of depression. The effectiveness of these medications is variable but a significant concern is potential side effects that may include: drowsiness, nausea, dry mouth, insomnia, diarrhea, agitation, dizziness and sexual problems.

At Arizona Natural Medicine we offer specialized testing that measures serotonin levels and our doctors provide patients with individualized, natural treatments to help raise levels of serotonin if they are low. We can successfully treat depression with natural supplements that have minimal or no side effects. One of the main therapies used in the treatment of depression is 5-HTP.

5-HTP (5-Hydroxytryptophan) is a naturally occurring amino acid and is a precursor to the neurotransmitter serotonin. It is made from the seeds of the African tree, Griffonia simplicifolia. When taken at therapeutic doses it increases levels of the mood enhancing neurotransmitter, serotonin. The effective dose is individually determined based on your test results, severity of depression and level of sensitivity.

5-HTP is most commonly used to treat depression but can also be used effectively in the treatment of anxiety, insomnia, fibromyalgia, migraine headaches and carbohydrate cravings. It is important to consult your physician before you begin using 5-HTP to evaluate if it is an appropriate treatment for you, especially if you are taking an SSRI. The SSRIs (like Prozac) and 5-HTP both result in higher levels of serotonin, therefore it could create dangerously high levels of serotonin, a condition called ‘Serotonin Syndrome’. This is a rare but potentially deadly condition, so extreme caution should be used when combining 5-HTP and the SSRIs and should only be done under the supervision of your doctor. Simple tests can be done to determine if you have a serotonin deficiency that warrants the use of 5-HTP. With proper use, 5-HTP is a safe and effective alternative to antidepressant medications. 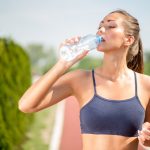 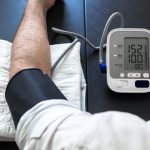